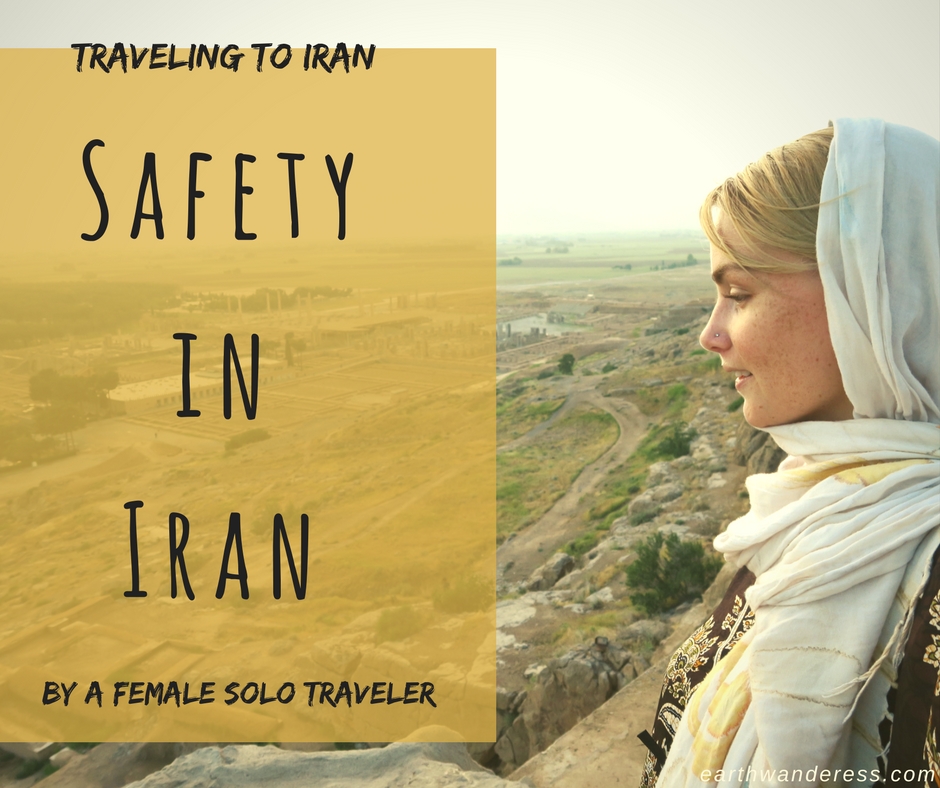 Is it safe to travel there alone as a girl?

What is it like having to wear hijab and covering your whole body?

These are questions I’ve been getting multiple times a day during my month here in Iran. The question about what it’s like having to wear hijab and following Iran’s dress code comes as often from local people as from people outside of Iran. I know this is a very touchy and important subject for many people, and I will make a separate post discussing the clothing rules in Iran and my experience from wearing it along with what I’ve learned from my friends who live here and also from the one’s who have emigrated from Iran to other countries.

First and foremost, is Iran safe to travel to?

Despite of having a government most of the people disagree with and in a lot of cases even hate,  they don’t have war or talibans as their neighbouring country Afghanistan to the east, nor do they have Daesh like their neighbour Iraq in the west(there were 2 attacks in Tehran recently that they did claim, but this was the first and hopefully the last. Daesh attacks haven’t stopped people from traveling to London, Nice or Paris so this shouldn’t be a reason for you to hesitate traveling to Iran either). Sure, this is a country that does have a history of war, violence and killings but time has moved forward and so has the country, especially the last few years. Along with western media being so easy accessible through social media more and more people are adapting that kind of lifestyle and getting their news and information from sources other than the ones controlled by the government the people living here knows more about the government and have more and more people turning against them. They don’t like the hijab forced upon women or law against homosexual people more than you do, and this is also a reason why so many young people choose to emigrate in hope of living a life with more freedom. However, many of them return because life outside of Iran isn’t so much more free than it is here except for the fact of not having to dress in a certain way.

People here LOVE tourists so you will most likely be treated as a queen or king.

Unfortunately even here there is some hierarchy where white westerners sometimes are being treated better than tourists from ex. other asian countries as it is in many parts of the world. Although, it might not be very obvious as the ones who are interested in you will come up to you and ask you questions and want to talk, and those who are not too interested or too shy you won’t notice what they think about you. They seem to be interested in all people living outside of their country and want to hear about the place you’re from. (after all the shit white people have done through history I sometimes wonder how we can still be treated so well because of our skin colour)

The only realistic danger in Iran is their driving.

They drive like in video games where you don’t really have to follow the traffic rules. And they like to drive fast. Unless you’re a very good driver with excellent reflexes, I discourage you from trying to drive here yourself.

Is it safe to travel alone as a girl in Iran?

Not only would I answer yes to this, but I would also say it’s one of the most safe places for women to travel alone. In their culture, for good and for bad, women are in many ways treated like princesses that don’t even have to lift a finger in a lot of situations. Which for me has been challenging as I grew up in the somewhat feminist country Sweden where the culture is more that what men can do women can do too. But then of course we live in a world of male dominans and men have throughout history on humans always been the biggest threat to women’s lives. So just as you should be everywhere in the world, be careful, trust your gut, always be safe rather than sorry, avoid walking alone at night in shady areas etc. Make sure you have a local SIM card and always let someone know where you are and where you are going. If you take a car or taxi, take picture of register number and send it to a friend or at least pretend to, or just even pretend to take a photo when they can see.

But again I have to stress the fact that I have not felt this safe in many other countries. This is one of the countries I would recommend girls to travel to alone if they are worried about safety. 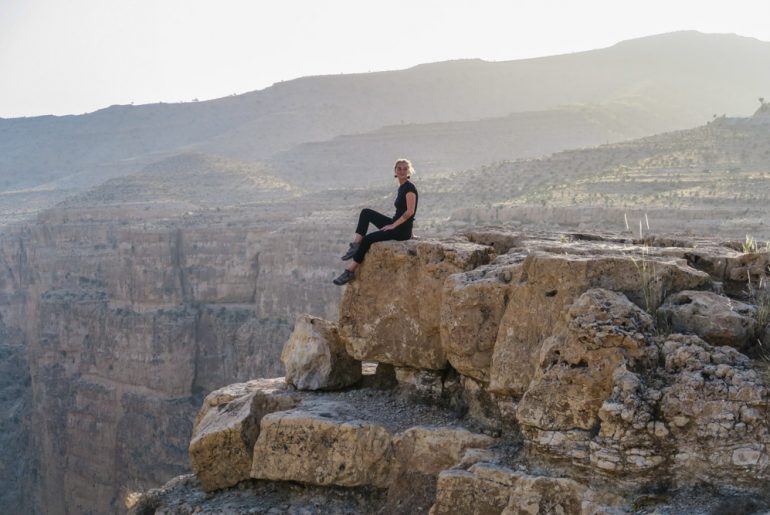 What is it like having to wear a hijab and certain clothes?

During the spring and summer – hot and sweaty af. Easy to forget. Let’s just say it’s happened more than once or twice that I’m about to walk out the door and someone asks “Eve, where’s your mantel?”

When you’ve got long, loose pant and long sleeved and loose blouse on plus head scarf you don’t really think you have to wear anything else.

But apart from that, it’s actually not that bad. Sure, being forced to do anything sucks, but I personally didn’t find it too hard or too difficult. And I love the look of mantels and I think head scarves can be gorgeous too. It gave me an interest to work with colours and having to think about what I wear rather than just but something on as I usually do. It was honestly fun! And as soon as I came here and realised it’s not as harsh as I had imagined – I felt much more comfortable. And when you are at friends places or if you go to private gardens, you can dress exactly how you want to. And since most people in Iran aren’t religious I’ve only met one person who wore a head scarf inside because there was a man in the house. And I’ve been here 1 month.

I’ve also spend a lot of time in nature exploring with off roader friends and in nature there are no moral police so most women don’t wear head scarves away from crowded places.

Be aware though that it is going to be very hot unless you travel in winter time in the north, so try to get tunics or long dresses with thin airy fabrics and a very thin scarf for the head or you will sweat like Niagara falls.

When it comes to tourists, the moral police are much more polite and understanding. They might tell you to put your scarf or mantel on if you don’t have one etc. but you won’t get into trouble unless you want to. Unfortunately this isn’t a reality for local women. Although not all of the moral police care about the hijab themselves, there are still some who are religious fanatics who will take women in to the police station for a father or husband to pick them up. Jeans with rips in them might seem trivial to most people, but some women have been told or even taken into the station for that. 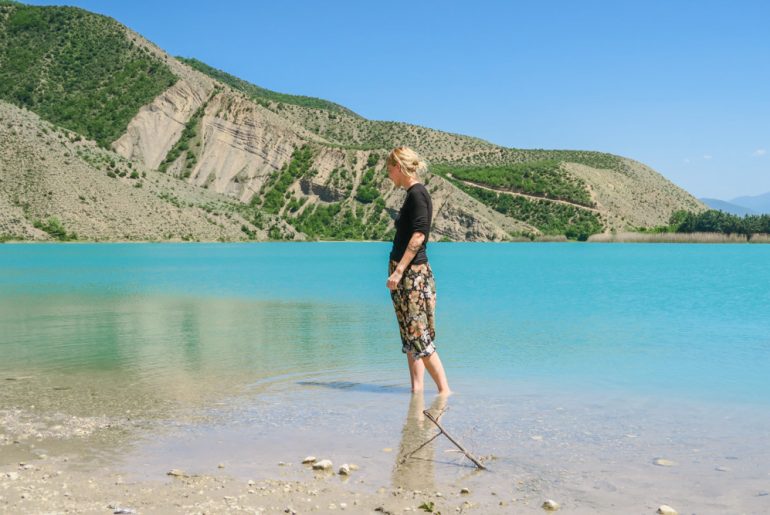 Without hijab out in nature

As a heterosexual cis woman I don’t have much information about what it’s like to travel to Iran as a LGBTQ person. However, there are a few things to keep in mind and noticed while there.

Homosexuality is illegal and can be punished not only with lashes or ever death. However, as affection is not allowed in public spaces, unless you tell people you are gay, they wouldn’t know. You will just be another tourist. I understand it is far from ideal to feel like you have to hide your sexuality but unfortunately that is the reality in many countries. In the larger cities, most young people are absolutely fine with LGBTQ people and don’t care if you are gay or straight. Some of my friends in Iran had several gay, transgender and transexual friends but as the case in most of the world, the older people might not understand it and not approve, although most of them think they’ve never met any gay people.

The trans community is officially supported by the government and gender confirmation surgery actually is subsidized by the state. The state also support trans individuals with medical, psychological and financial assistance, although limited it is still more than most countries in the world. Even the government controlled universities  organize conferences and research projects on the social status and medical needs of the trans community. Even pro-government Shiite religious leaders speak in defense of the trans community in sermons, books and articles, and media appearances. Although it seems that they are only considered to be their right gender if they’ve gone through the gender confirmation surgery which is not what everyone want nor can for different reasons. There are definitely still cases of discrimination against trans individuals so having an appearance of a gender different from what your passport says may cause trouble in migration and visa applications.

As I said above, I have no personal experience of this so if you are a LGBTQ individual, I suggest you research a lot and try to get in contact with people who know more and also people who have experienced it themselves what it was like. Hopefully with the country moving forward this will not be an issue in the future.

Note: This is my opinion and my experience together with what I’ve collected after talking to numerous Iranian locals. 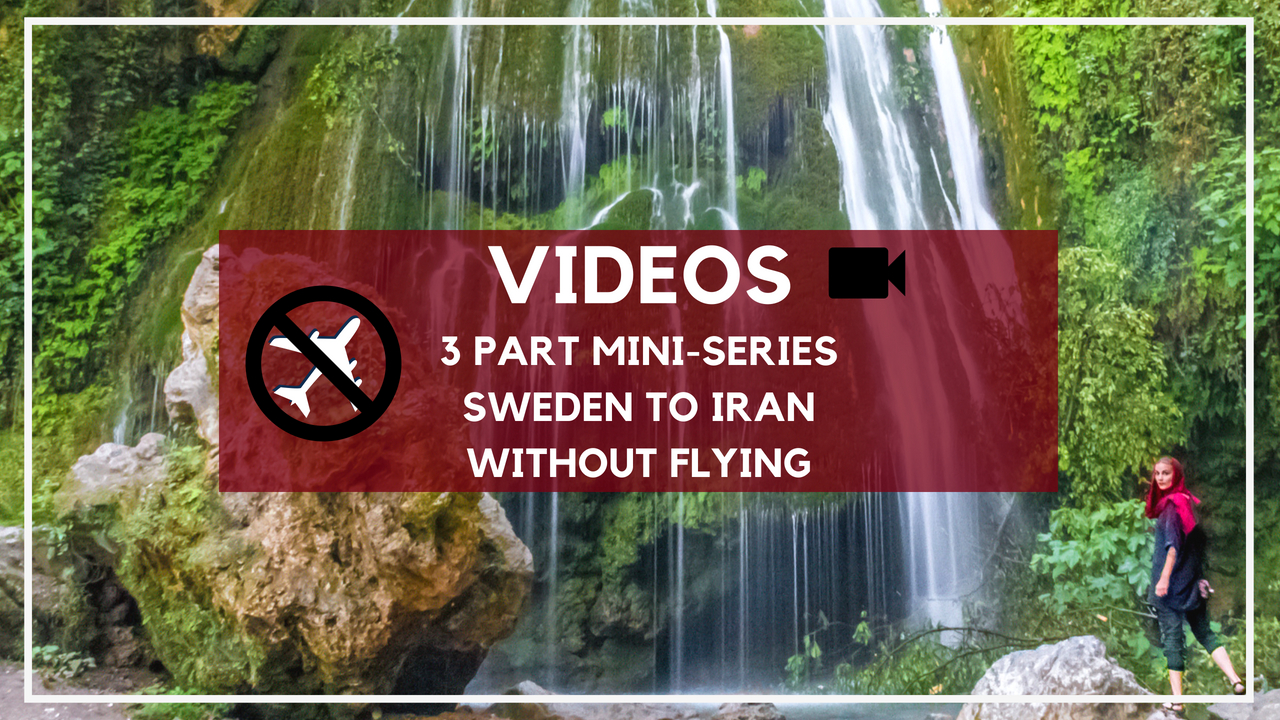 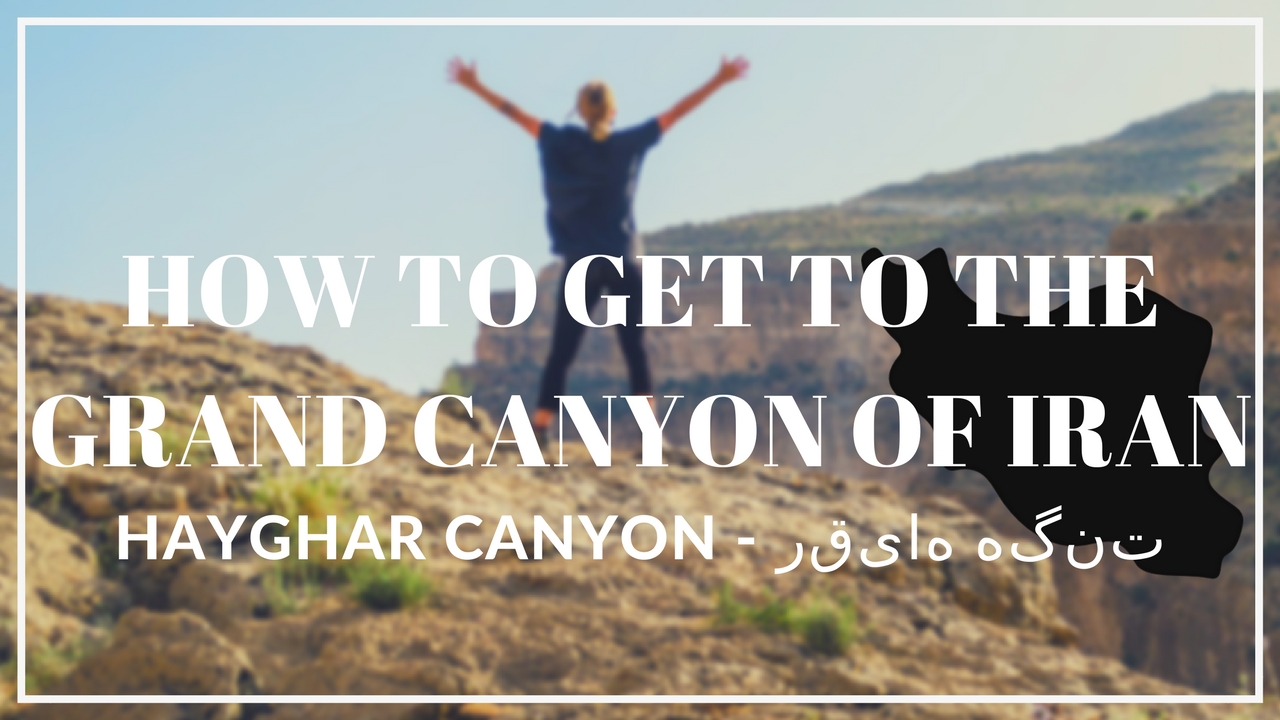 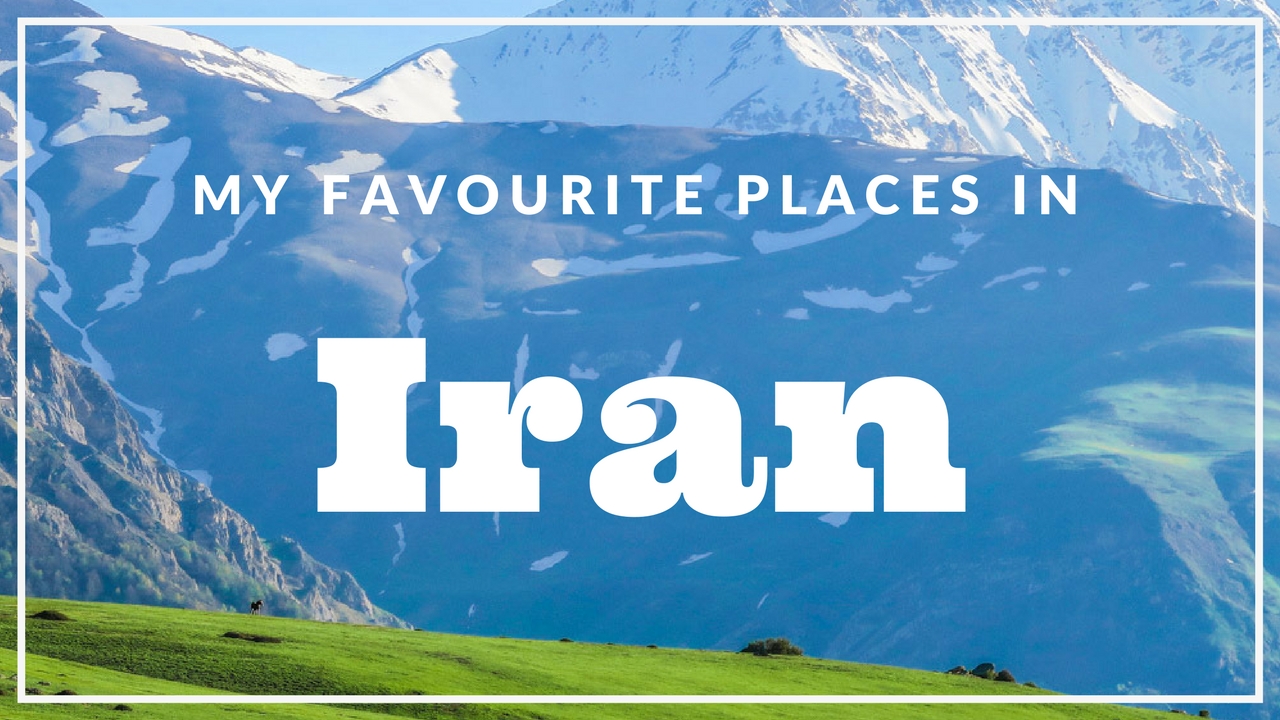 My top 5 favourite places in Iran